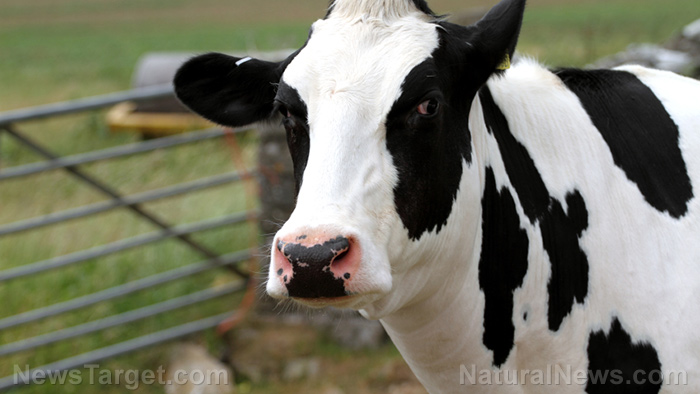 Got milk allergies? We may know the real causes. First, consider some perturbing questions: Would you inject hormones into your muscle tissue right now if a television advertisement said it’s good for building muscles? Would you take antibiotics when you’re healthy, knowing they destroy good gut bacteria and could lower your immunity? Would you drink a glass of milk if you could actually see parasites and dangerous bacteria floating in it? Would you ever consider drinking milk that comes from a cow that has severe digestive disorders and infections of the udders that are so bad there’s pus and blood in the milk? Lastly, would you ever consider getting a vaccine that contains ingredients to which you are allergic?

Most adult Americans are quite familiar with the old adage, “Milk… it does a body good” and “Milk builds strong bones.” The dairy industry has been pushing milk propaganda and health myths about it for decades. There’s no proof dairy products “build strong bones” and most Americans actually have too much calcium anyway, which can lead to the formation of dangerous kidney stones. Plus, dairy causes inflammation in the body and excess mucus — so there’s that. Just because your body doesn’t outright reject milk on the spot with allergic reactions, smaller symptoms and signs as previously mentioned are warning indicators that dairy products, especially processed ones, are not “doing a body good.”

The dairy industry also brags about vitamins in milk, such as vitamin D, but often times the homogenization and pasteurization processes cook out the nutritive qualities, and so another health myth is debunked. So then, if you have dairy allergies or you’re lactose intolerant, don’t think you’re missing out on much; in fact, you’re probably way better off than if you drank that white stuff your boob tube is bragging about. Let’s talk severe allergies now.

Many children (and adults) have severe allergies to the exact same ingredients that are used to brew vaccines, oddly enough. You’ve heard of peanut allergies. Vaccines are brewed in peanut oil and still contain trace amounts. That’s a major reason so many children are severely allergic to nuts when those allergies barely existed before the invention of vaccines. Think about that for a minute.

Got dairy allergies? Stop having dairy proteins and derivatives injected directly into your blood!

Many vaccine virus strains, bacteria and pathogens are cultivated in eggs and casein — hence egg and milk allergies. Once foreign food and animal proteins are injected into muscle tissue and the body has created antibodies to fight those “invaders,” some children and adults remain allergic to those food products for the rest of their lives, and any exposure to them incites an auto-immune reaction that can be anaphylactic and life-threatening.

Vaccines are also made with mercury, aluminum, formaldehyde, monosodium glutamate, gelatin, cells from human abortions, African Green Monkey kidney cells, and many other known carcinogens and pathogens. Then vaccines are kept in vials with latex stoppers and the needles are capped with rubber stoppers – hence latex allergies. Still want those vaccines that are brewed in dairy products? You better scrub every single vaccine “recommended by the CDC” and see which ones contain casein. If you’re allergic to any type of food, you certainly don’t ever want to get it injected directly into your muscle tissue and blood!

In America, there are hardly any laws or regulations regarding how dairy cows are kept, fed, treated, abused or killed. Nearly all conventional milk comes from cows that are kept in confined animal feeding operations (CAFOs). These cows are jacked up with hormones to make them fatter before slaughter. They are also shot up with steroids (BST hormone injections) to make them produce much more milk than they normally would (up to 15 percent). This is all done for profit, but the cows suffer udder infections that end up transferring pus and blood into the milk, which is not easy to filter out.

Dairy cows are often fed food they would never eat if given the option out in nature. They are fed genetically modified corn, soy and even gelatin (the latter of which could literally come from other cows). This unnatural feed causes digestive disorders for the cows, adding to the health chaos of the animals and the byproducts that come from them. GMOs are often crops that contain pesticides, so when you drink that cow’s milk, you may be consuming toxic insecticide and herbicide. Are you allergic to bug killer and weed killer? Most humans are.

Also, CAFOs contain many sick and dying animals that are so jacked up on hormones and that are so obese they can’t even stand up on their own feet anymore. These animals breed diseases and spread pathogens throughout the CAFOs, and that’s why 75 percent of all antibiotics used in this country are used on farm animals, to stave off bacterial infections.

That’s why there are several reasons you may be lactose intolerant — and reasons that your medical doctor will most likely never mention. After all, M.D.s are pill pushers who know nothing about nutrition and who promote every vaccine including the skeptical flu shot. It’s no wonder millions of people are allergic to milk, peanuts, MSG and latex!

In conclusion, here are the top 7 root causes you’ve probably NEVER considered about WHY you have dairy “allergies”

#2. Pus and blood in conventional milk and dairy products

#3. Antibiotics? – 75 percent of the world’s antibiotics are used in CAFOs to stave off infections, including for dairy cows

#4. Most CAFO dairy cows are fed GM corn and soy, and that creates digestive issues, disorders, and sicknesses that are passed on to you

#6. Superbugs are abound in CAFO – pathogens, parasites, bacteria and viruses from can transfer in the milk (such as E. coli)

?#7. No other animals on Earth (besides humans) drink milk past infancy or from another animal?! 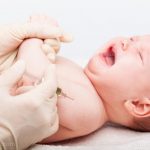 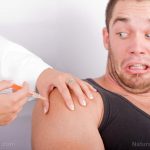